new drawings for a birthday gal 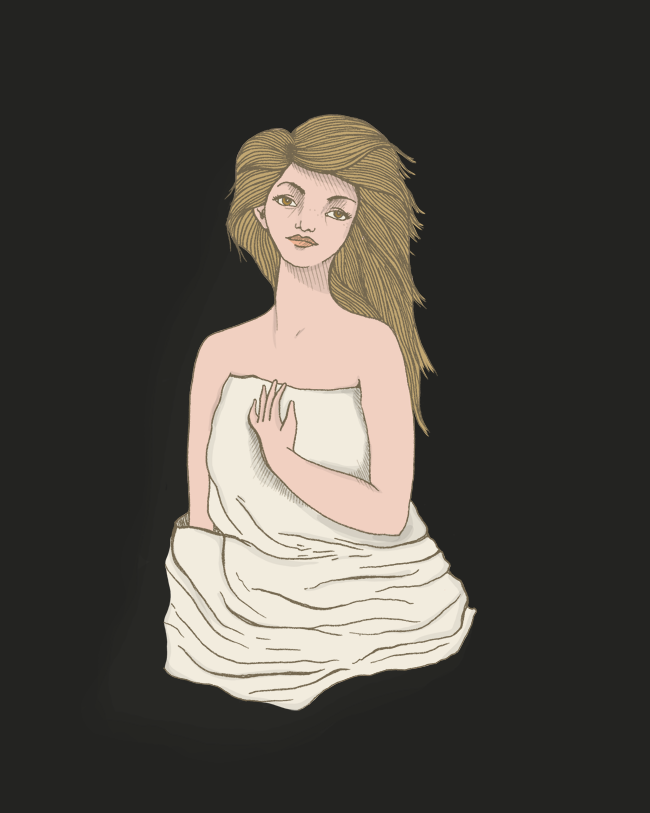 I made it back to Los Angeles late last night early this morning, so please excuse any excessive lack of writing skills today - I'm sort of running on fumes here. We had a positively fantastic holiday in Portland, full of family and food and wine and love and adventures (more on all of the above at a later date), but now it's back to the craziness that built up at work while I was gone.
But, before I dive fully back in to the world of greeting cards and pre-press work for our new release (!) a shoutout in illustration form to my absolute favorite drawer-of-pretty-ladies, Emma Trithart, who is celebrating her birthday in style over in the twin cities tonight. Happy birthday, miss! I colored a lady-illo in your honor. I also prepped a photo-post of us together through the years, but then I got a style-evolution headache (the culprit, most likely: my college Ugg phase. BELIEVE IT) so I put that one in the vault. Thank me later.

Scones in the oven, The Boss on the turntable, gifts under the weirdly S-shaped tree...PDXmas is in full swing. We even have a break from the rain today, the northwest version of a Christmas miracle. Hope your own version of the holidays is going swimmingly! I'll be back fully on the grid in the New Year, but for now, I'll treat you all to a few random illos that got to a 'finished' point during my self-imposed experiments with Illustrator and Photoshop. Merry merry, happy happy, deck the halls, have an extra glass of wine.
Posted by katie wilson at 1:49 PM 1 comments

After much resistance to the idea of paying someone else to paint my nails, I finally caved and went for my first gel manicure. It was fantastic, and I treated myself to another last weekend. There's something I love about the ritual of doing my own nails (and figuring out my own simple versions of nail art), but there's something I love more about this perfectly executed fingertip beauty, sans right hand mistakes and second day chipping. Plus, the salon Sarah (my patron saint of fancy lady things) took me to had a pile of trashy magazines, so the gossip shaped hole in my heart was filled. Anyhow. I've been drawing and scanning a bunch of new stuff for work lately, and I did a quick color on a sketchy nail idea page that managed to get inked this week. You kids enjoy - I'm leaving on a jet plane for PDXmas! xoxo
Posted by katie wilson at 11:05 AM 1 comments 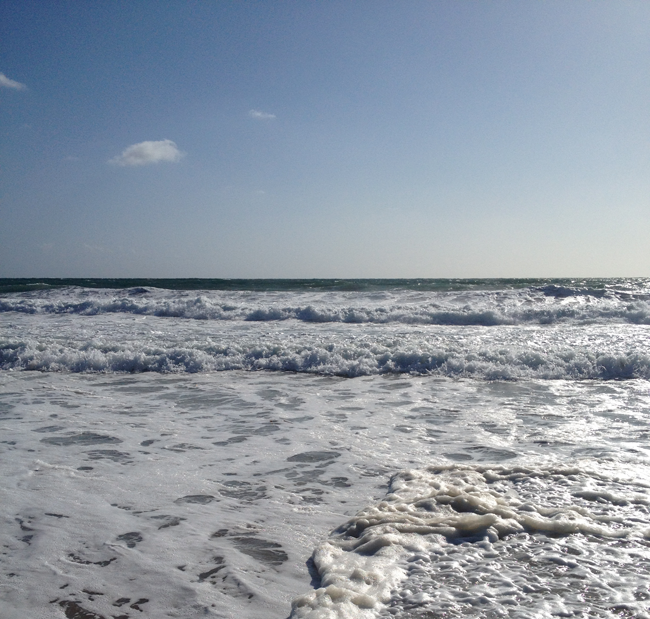 It's taken me a moment to get back on the horse here, and I'm still not sure how to do it. The events in Newtown on Friday were devastating, and have cast such a weird, eerie light over my excitement about the holidays and the cozy feeling I hold onto so tightly this time of year. It seems wrong to me somehow to just get up and go again, to shake off the gravity without a second thought, even on a tiny blog about nothing in particular. So, here is a moment, even a few days after the fact, just for me to get it down on internet paper, as it were. There are no right words for this, but these are my few. Tell your people you love them.
Posted by katie wilson at 7:54 PM 0 comments 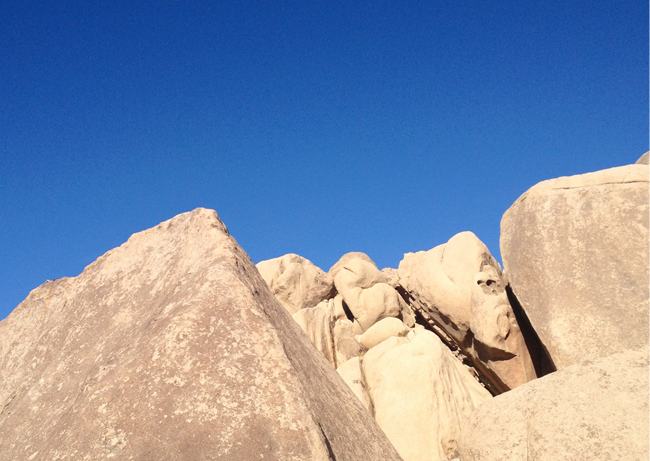 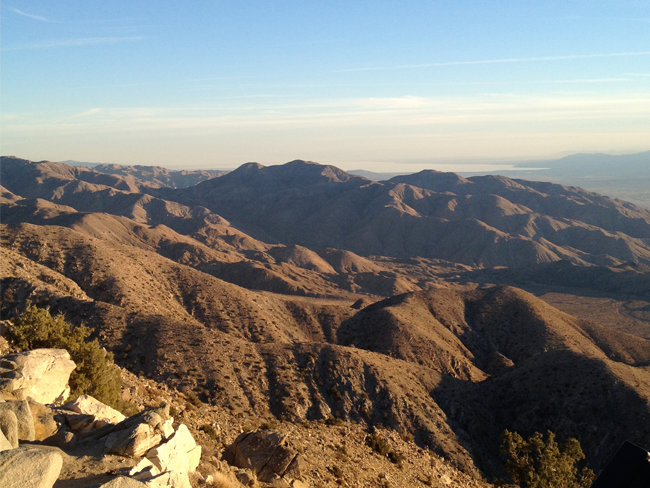 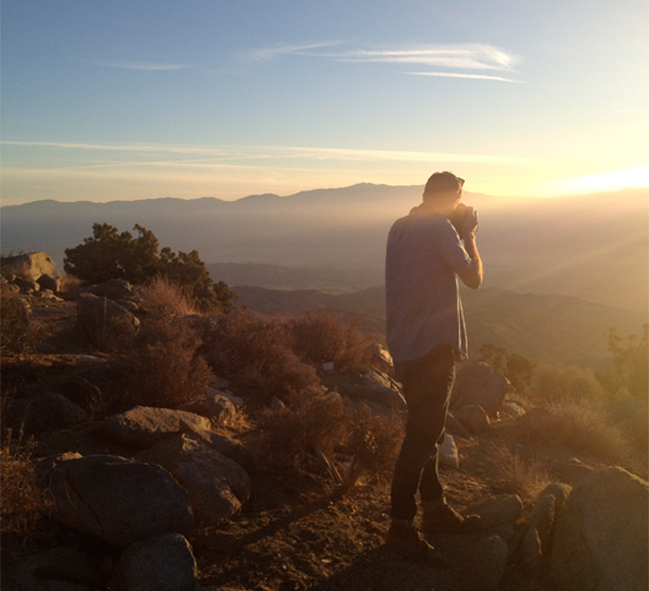 Over the weekend, for the third (!) time this year, we took a little run out to the desert for some hard-earned R&R. The desert in winter is bizarre place - a toasty sun-soaked day that fades early and fast into a chilly, quiet night. On Saturday, all of us piled into one car and drove from Palm Springs out to the Joshua Tree National Park, in search of natural wonders and wide open spaces. We entered the park and set down our useless phones (no service for miles) and picked a spot on the paper map provided by the park ranger. We parked and wandered through sprawling rocky landscapes with boulders as high as buildings, splitting up as we picked our way through the maze of barely marked paths, watching carefully for tarantulas scurrying out of crevasses. It was quiet, breathtaking. Dusk found us at a breezy scenic overlook, taking in a valley of smog and haze that swallowed the Salton Sea, barely visible almost 30 miles away. Lucky enough to be driving back through the park at sunset, we were treated to a technicolor display of deep purple and pinks in one direction, cool blue and yellows in the other. It was a great day.
Posted by katie wilson at 11:03 AM 1 comments 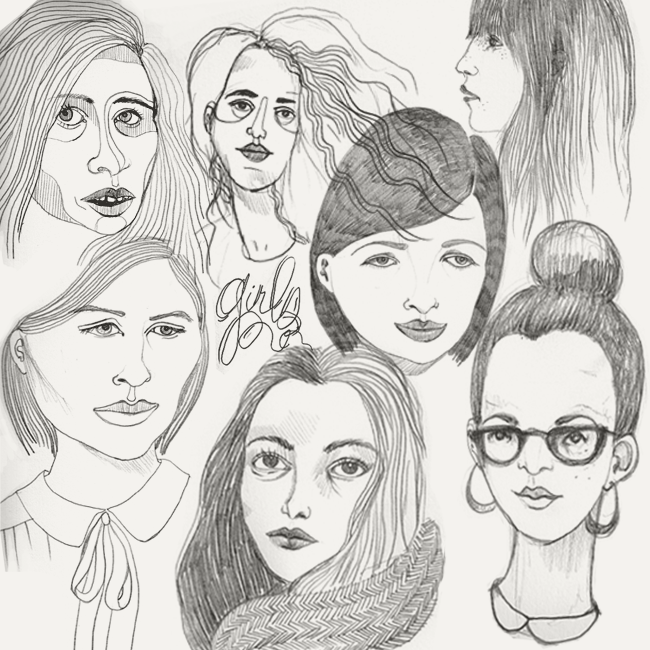 For your Friday afternoon viewing pleasure, a few lady-portrait outtakes from the last few weeks of sketchbook drawing. I'm off to Palm Springs for the a short getaway to enjoy the desert and, inevitably, some flamin' mac. Here's to a lovely weekend.
Posted by katie wilson at 2:12 PM 1 comments 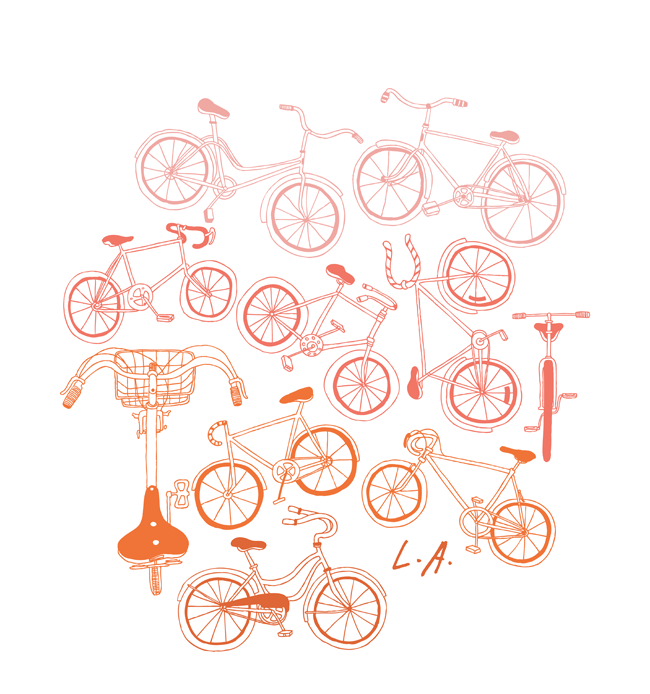 my poster, titled "Smog Cutters"
Recently, I was invited to make a poster for Artcrank, that art-show darling of Twin Cities bike culture that I never managed to participate in while actually inhabiting Minneapolis. Luckily, this year marks the first Artcrank in the city of angels, and they're coming in with a bang. The opening reception is this Saturday at Orange 20 bikes. There will be beer, snacks, and plenty of bicycle and poster loving people, so if you're in the area, stop by! Due to a previously scheduled Palm Springs getaway, I won't be at the party, but certainly plan to pop over next week. The show is bound to be full of super-sweet work by Angeleno designers including my pals Greg, Dylan, Sarah, and Evan - and posters are only for sale during the show, which runs through December 17th. All posters are in editions of 30, and priced at $40 apiece. Get em while they're hot, as they say.
Posted by katie wilson at 1:33 PM 1 comments

Behold, the source of the music that has been running through my head nonstop since we ventured out to the Cinefamily during our post-Thanksgiving weekend festival of fun: The Miami Connection.
Scott heard about this gem from Malcolm, uber-fan of The Room and general authority of Cult Crap Cinema. Legend (er, mostly this CNN article) has it this amazingly awesome rat-king of eighties film cheese was made in 1987, universally hated on, and fell into obscurity. Fast forward twenty years to 2009, when Drafthouse found it on eBay, bought it for $50, and gave it the distribution that drunk twentysomethings America has been waiting for!
The Miami Connection is impossible to review, hard to explain, but so, so easy to love. Here's the premise: a ragtag band (literally - check out these tunes) of taekwondo practicing UCF students go nose-to-nose with the seedy underbelly of Miami's cocaine trade - which seems to be made up of ninjas and bikers. Come for the awkward dialogue and adorably horrific acting, stay for the grossest beach makeout scene this side of...well, I'm not sure what, because I just googled "gross beach makeout scenes" and lost a good hour of my life. I recommend taking in a viewing if you can - nothing like experiencing the magic with some fellow citizens - but since they're limited, you can also get a download of the movie (and a poster that looks like an oversized eighties VHS cover) for $6 here. You're welcome.