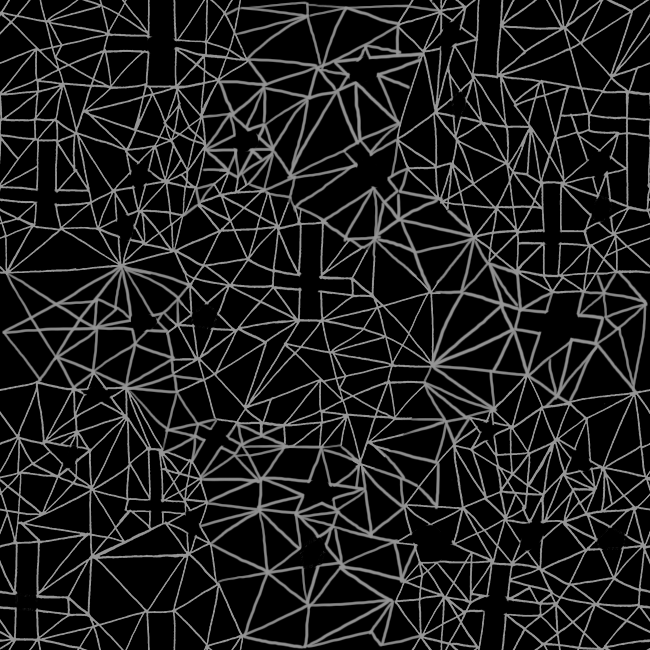 I'm really feeling this spooky October theme. It helps that my evenings have been consumed with horror movies this month (why yes, my significant other DID purchase the Friday the 13th boxed set, thank you for asking). We're on day sixteen of our month of terror, which means we've begun to hit some real deep cuts - think 1970s italian psychedelic flicks. It's getting weird. In that spirit, I dove a little more into abstraction for this pattern, with a sort of occult-ish spiderweb theme. As usual, see above for the repeating square, application below.
Sweet dreams! I'm off to finish CHUD (it's as insane as it sounds, trust me). 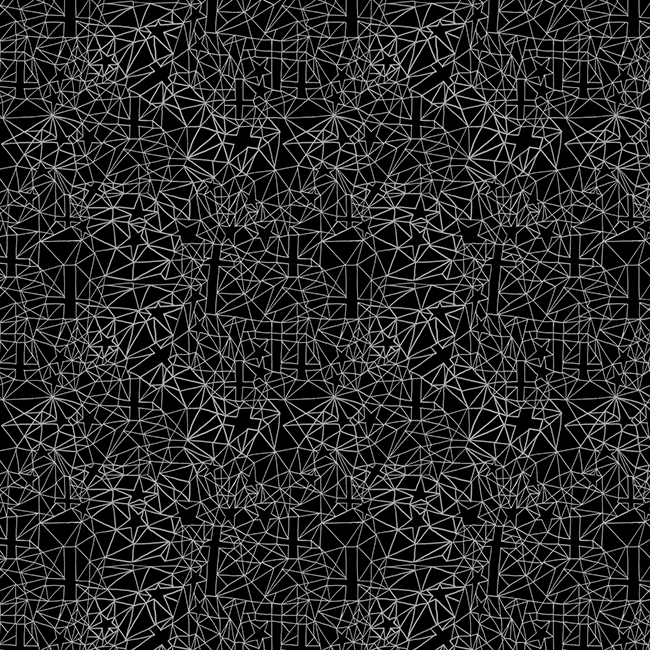 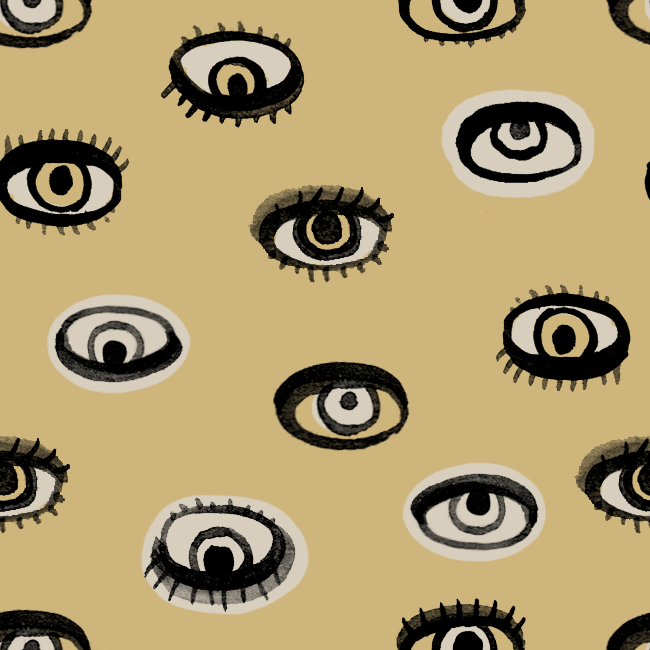 October, huh? Fall really sneaks up on me around these parts - it's still pretty toasty in LA, although early mornings and late nights have that crisp feel to them again, that feeling that makes you pull the covers up to your ears. It's nice, but I have to admit I'm pretty jazzed to be heading out to Boulder this weekend to see my twin brother, and maybe some fall foliage while I'm at it.
In the meantime, in the spirit of the spookiest month, and while I'm in the thick of Scott's our thirty-one nights of horror (more on that later), here's an evil eye inspired pattern. I've been whipping out the old brush occasionally, so this one's got a bit more of a painterly feel. As usual, the repeat square is above, and an applied example is below! 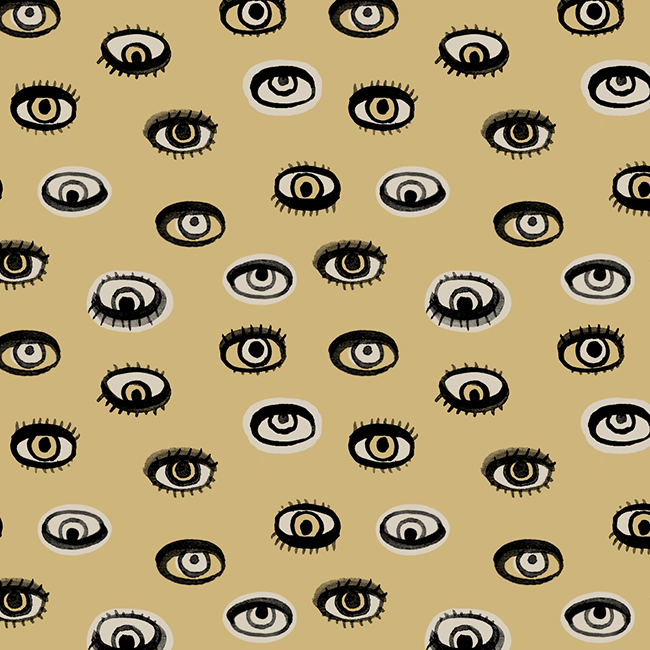